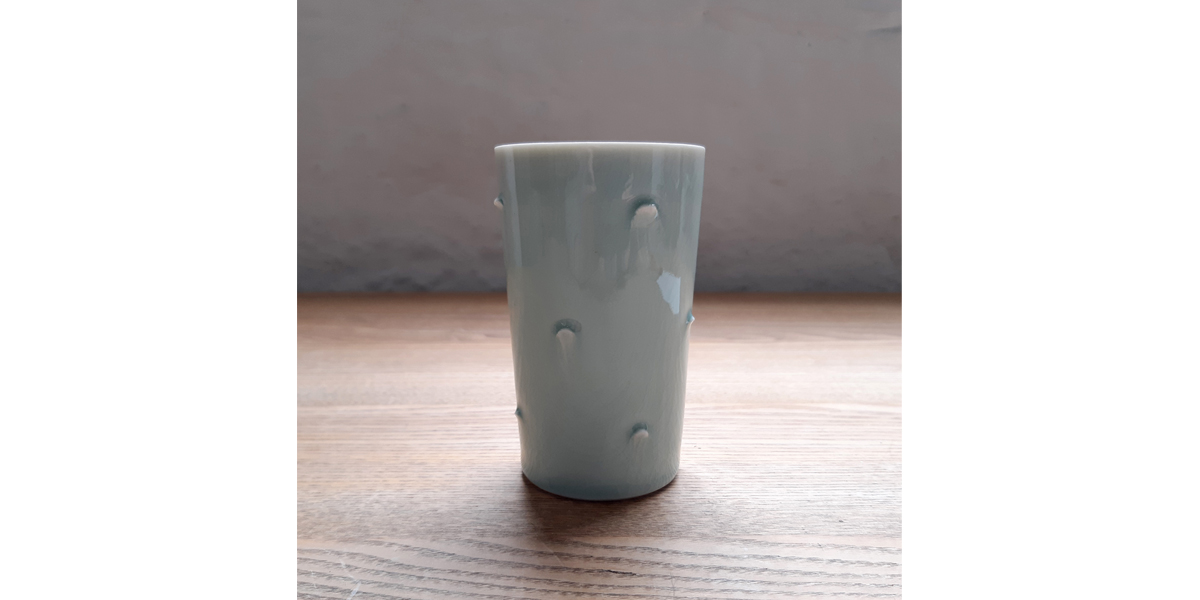 A thrown and turned beaker made from Limoges porcelain with surface detail and a celadon glaze, reduction-fired in a gas kiln. 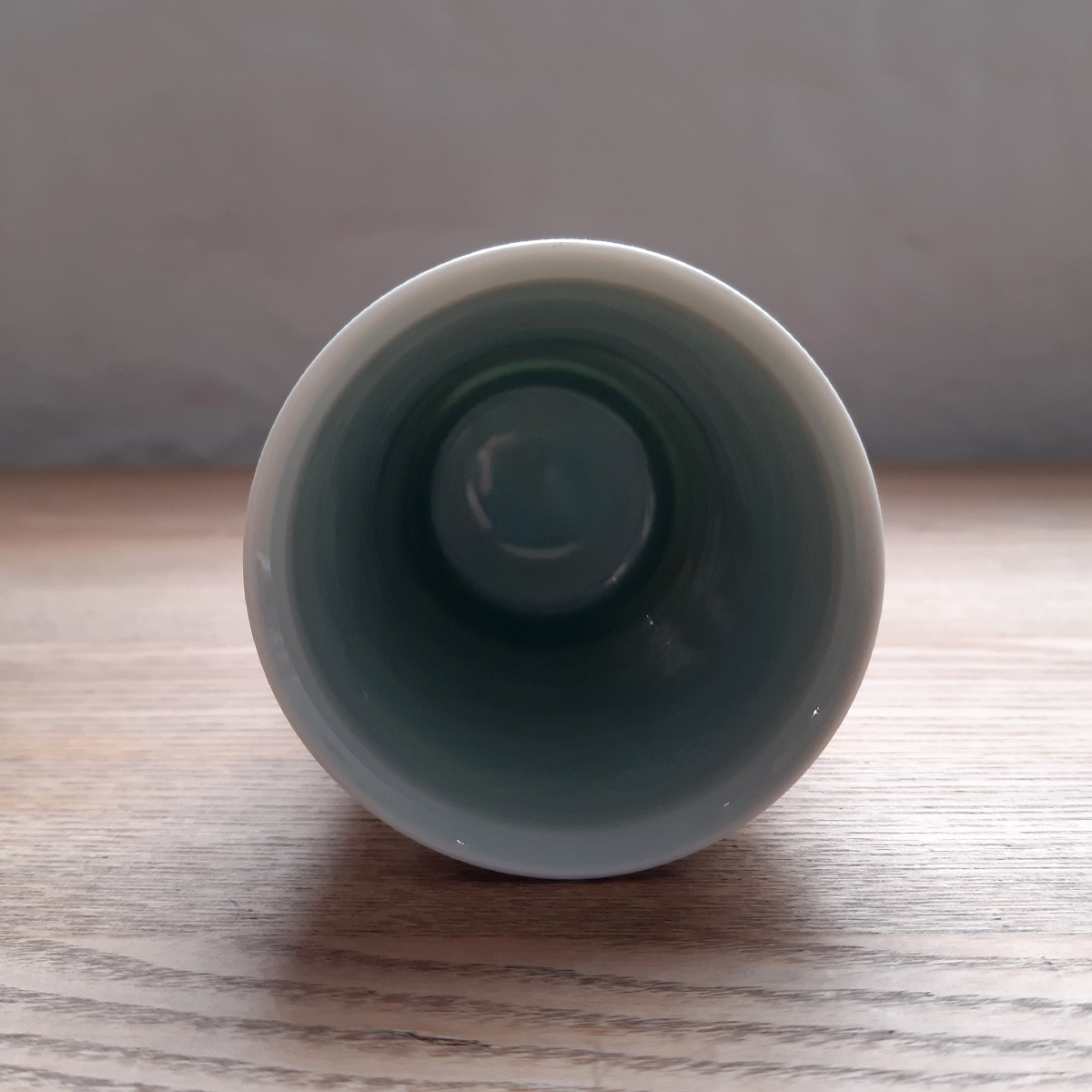 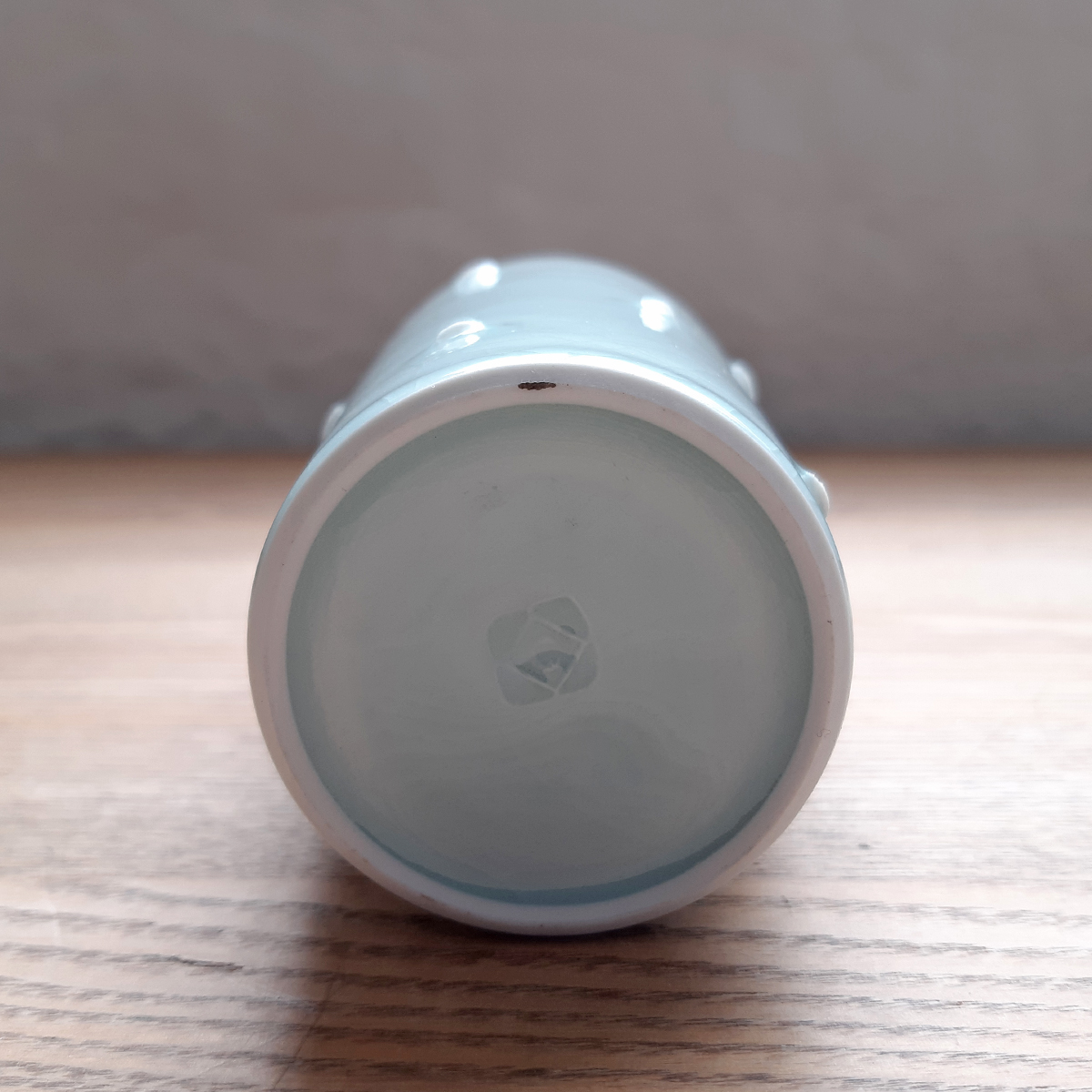 Chris Keenan has been making pots for over twenty-five years. He started in late 1995 as Edmund de Waal’s first apprentice and worked with him for two years.

Chris makes work for interior spaces – for use and decoration. Mugs, cups, teapots, pourers, beakers, pots for flowers. He also goes off-piste occasionally with “extra-curricular” work – series or groups of pots/forms that owe less to function, often with an interactive element.

His work is held in the permanent collections of museums including the V&A, the Ashmolean and the Mashiko Museum of Ceramic Art in Japan. He has undertaken residencies in the UK and Japan and has been teaching in the UK and abroad since 2011. 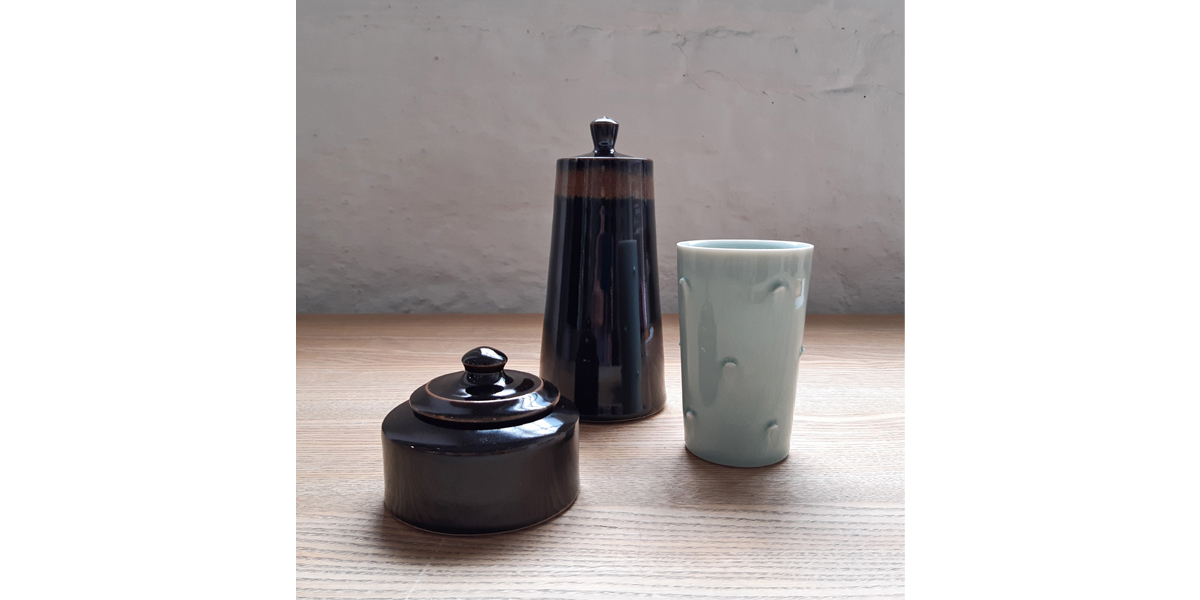