An articulated wooden gecko by toymaker Jeff Soan. Signed and dated by the maker.

Jeff is best known for his articulating wooden creatures which he has been creating since 1987. The technique produces remarkably sinuous and lifelike movement. 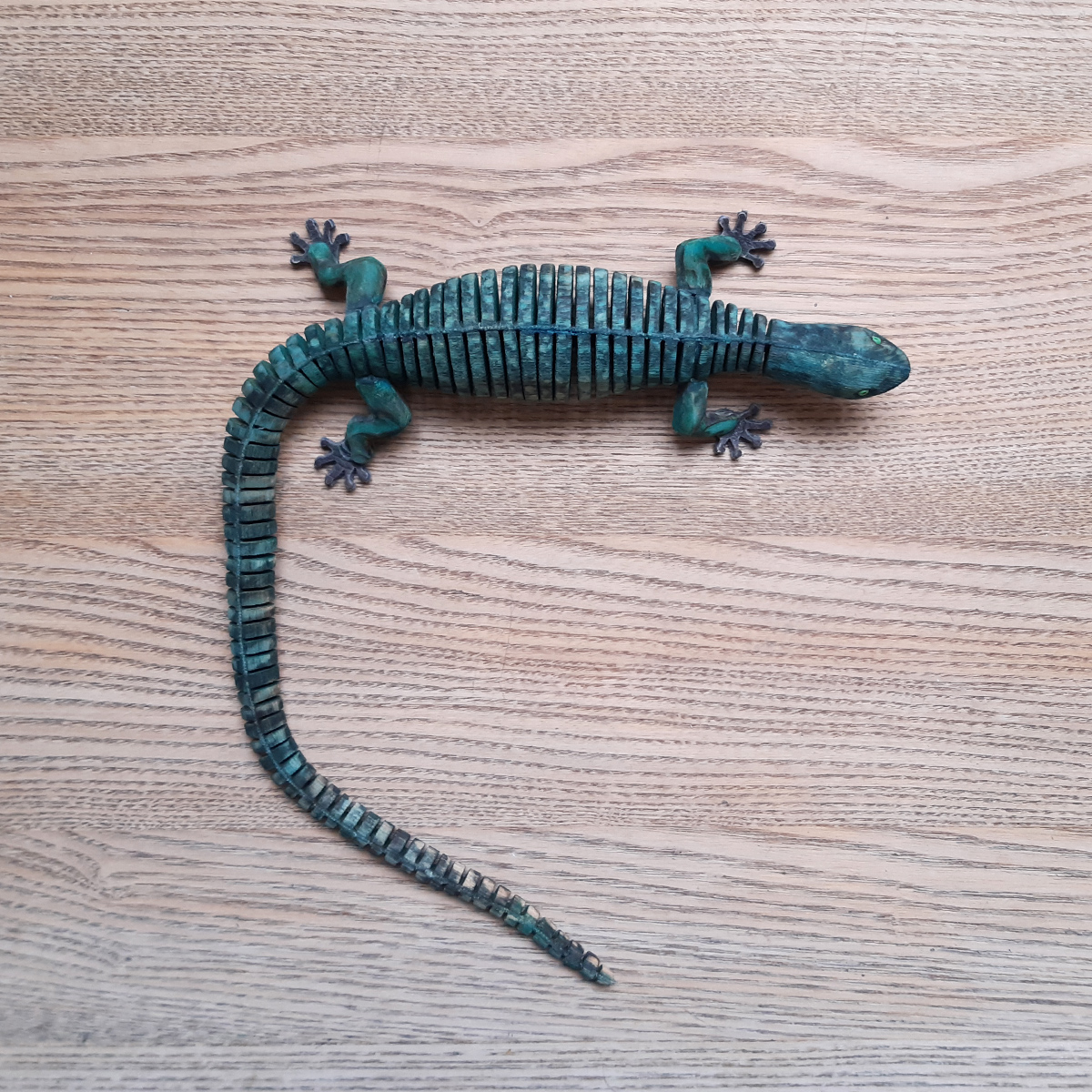 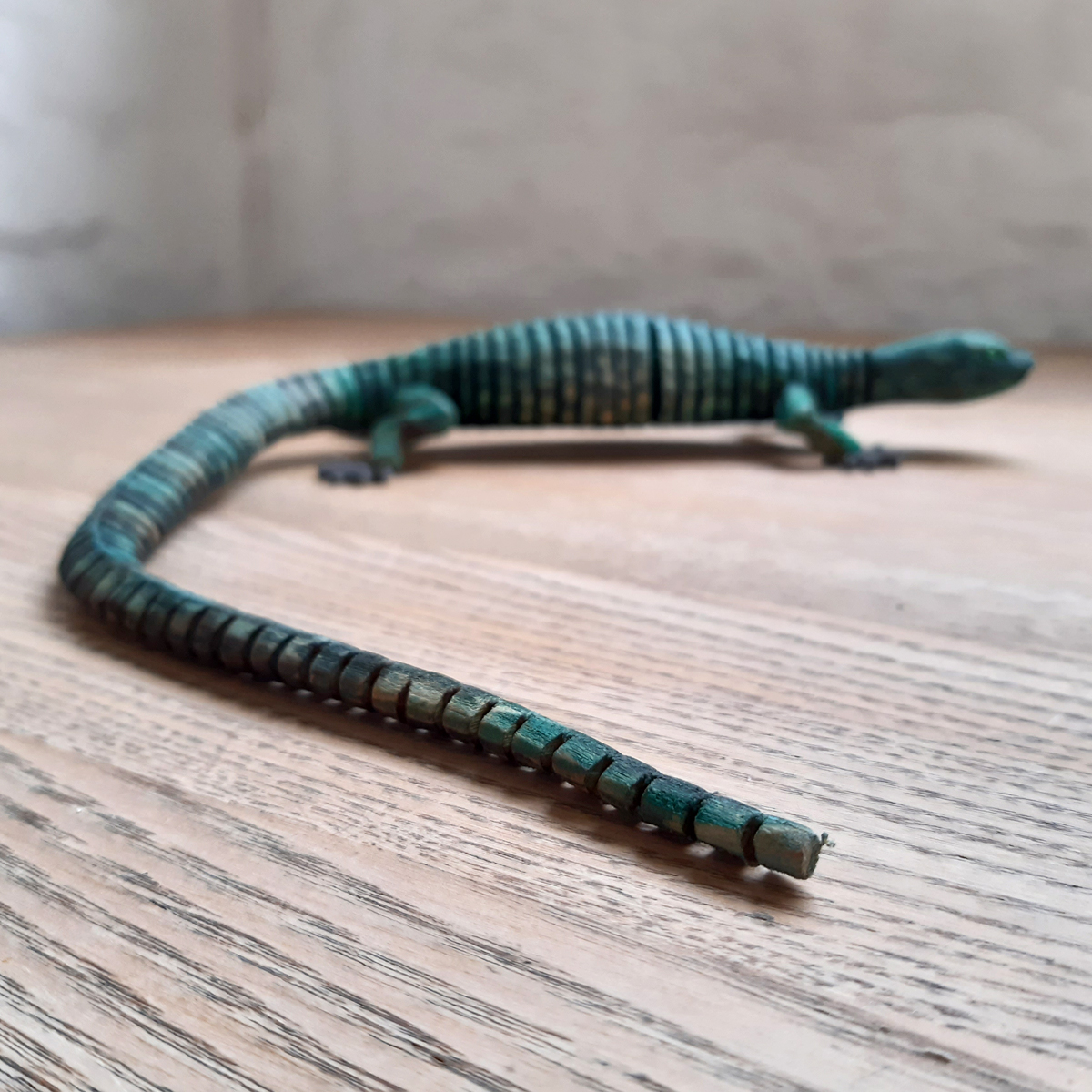 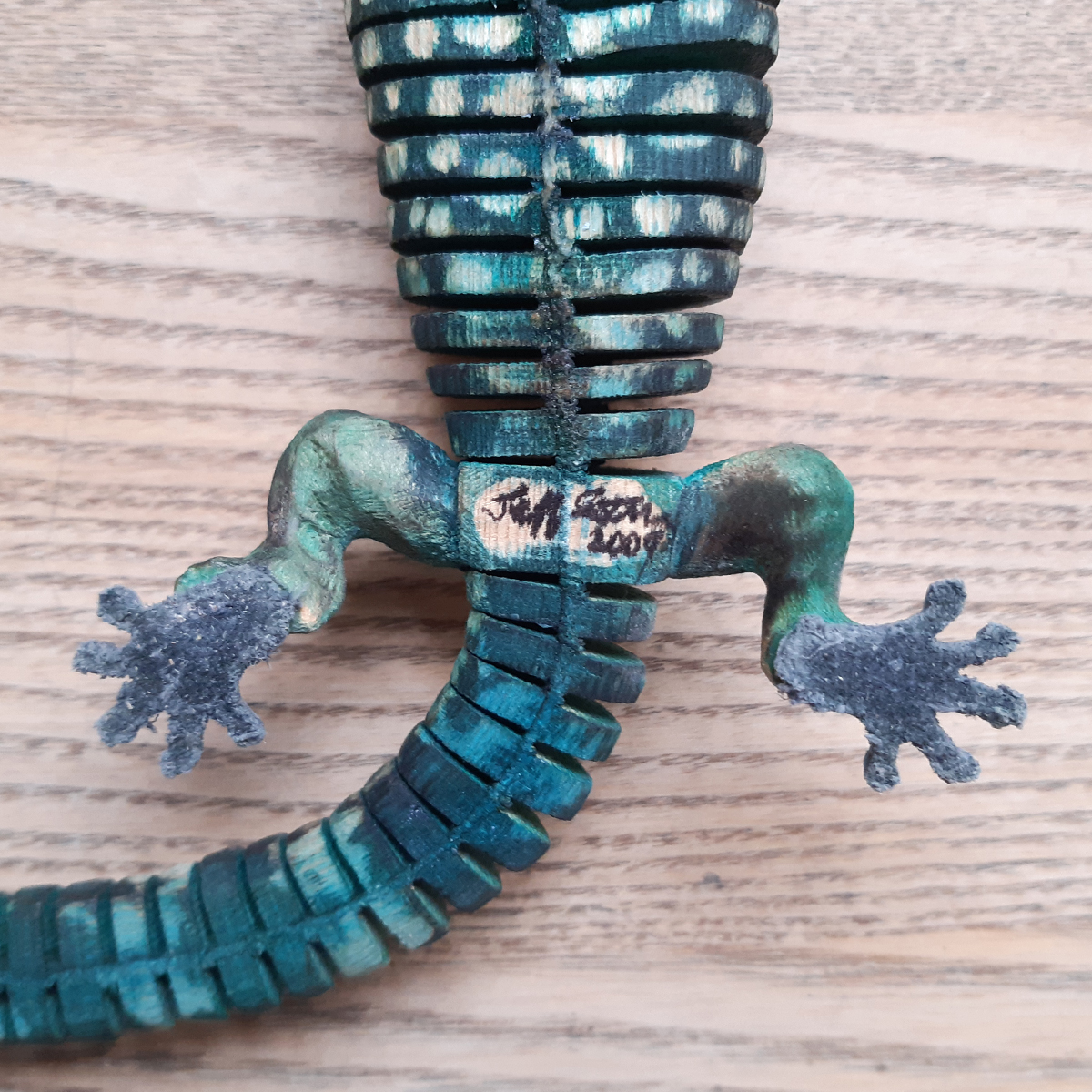 Jeff studied Art and Design at Goldsmith’s College in the late 1960’s, taught for a few years, travelled for a while, married, started a family and a building business during the 70’s.  He gave up building in the mid 80’s when his knees, back and some clients started troubling him.

A chance encounter with a wobbly rat from Chile changed his life. Jeff was so inspired by this articulating folk toy that he joined a course in toymaking at the London College of Furniture, successfully completing the City and Guilds course.

He set up his garden workshop in 1987, making toys which were sold at the local craft market in Greenwich. After a year of selling many new designs he eventually returned to the articulating creatures that had so fascinated him. A batch of wobbly fish being snapped up by eager customers caught the eye of a passing TV producer and he was invited to take part in a BBC programme called ‘Handmade’. Sales really took off and he started developing many different creatures incorporating the technique.

The turning point in his career, however, came with his successful application in 1991 into The Chelsea Craft Fair, organised by the Crafts Council. This prestigious show attracted the cream of the craft world, national and international buyers and a large appreciative public. 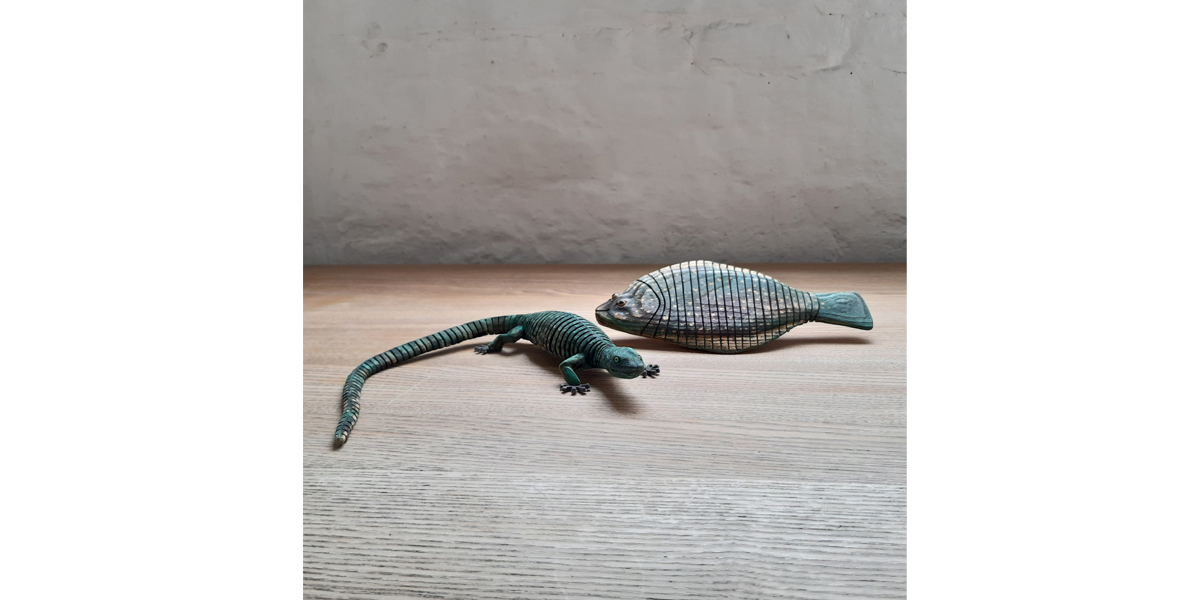