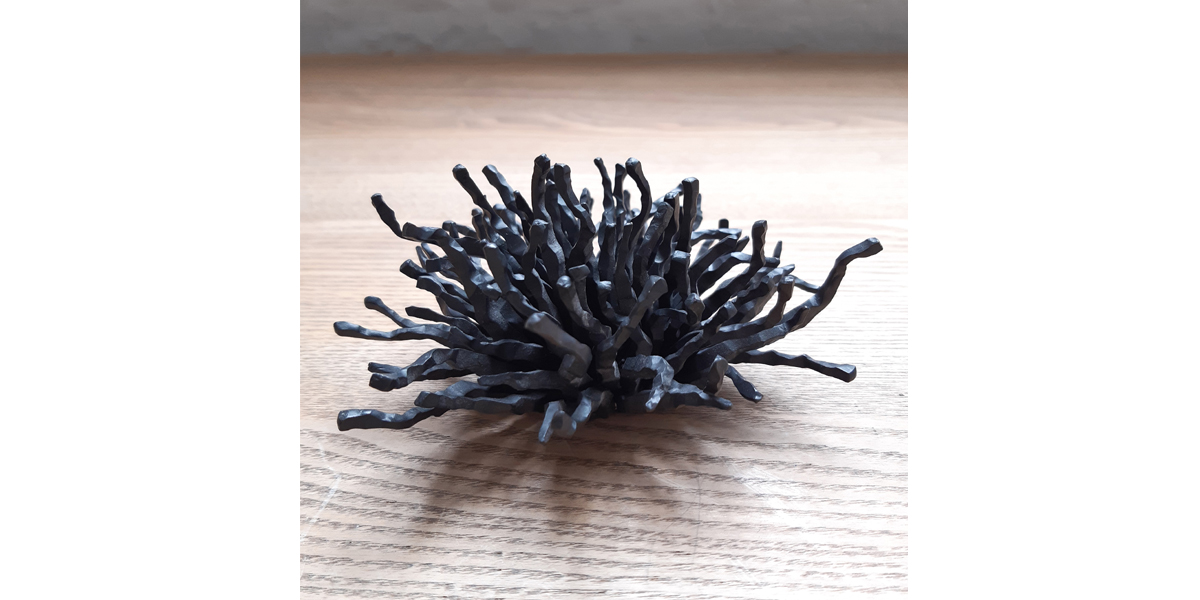 This hand forged steel cell is designed to hang on the wall but can also be displayed on a flat surface.

Junko’s work consists of multiples of individually forged steel and the subtle difference of each piece results from hand hammering. No piece is individually planned but becomes fully formed within the making and thinking process. Repeating little accidents, like the mutation of cells, the final accumulation of units emerges within the process of evolution. The uncontrollable beauty is the core of her concept. 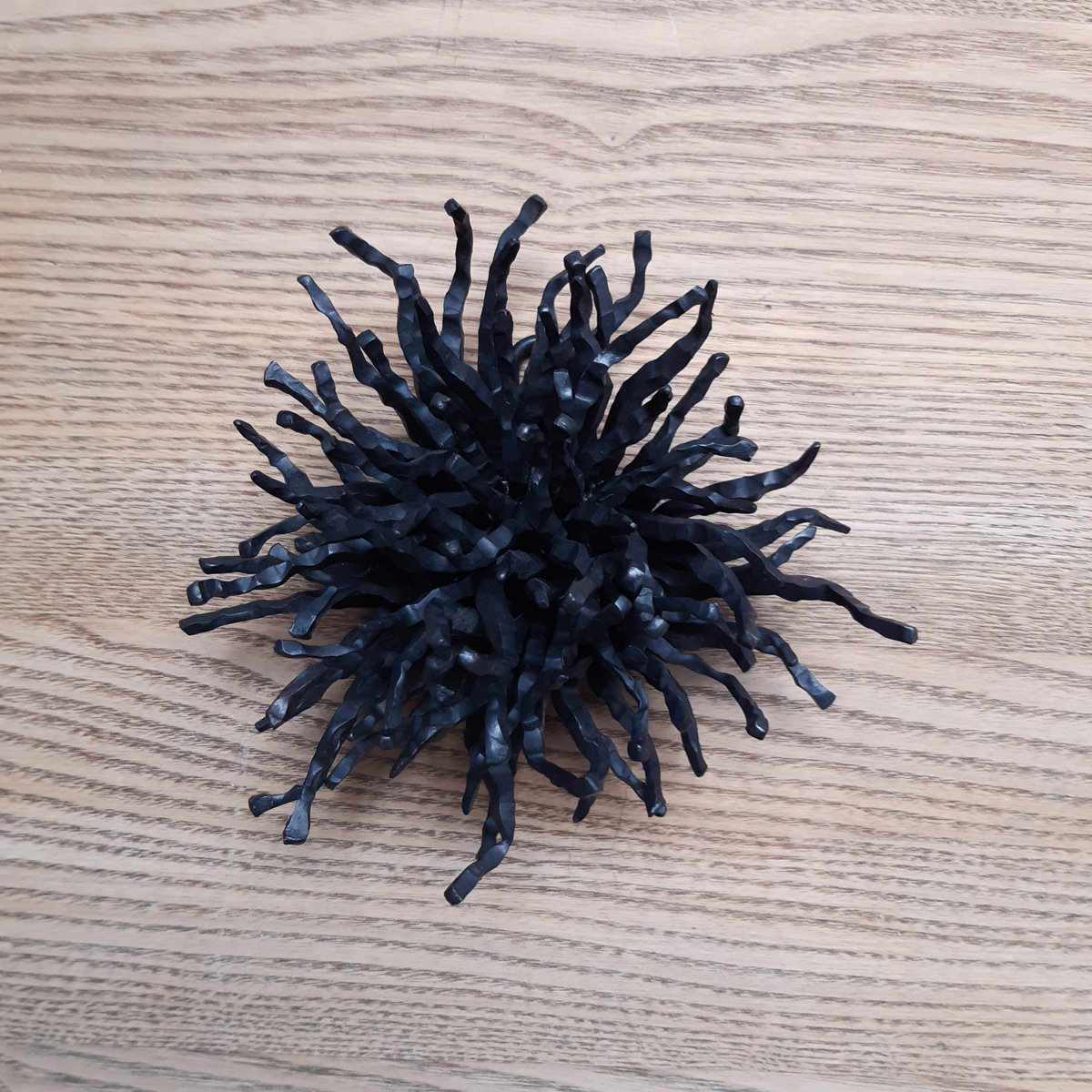 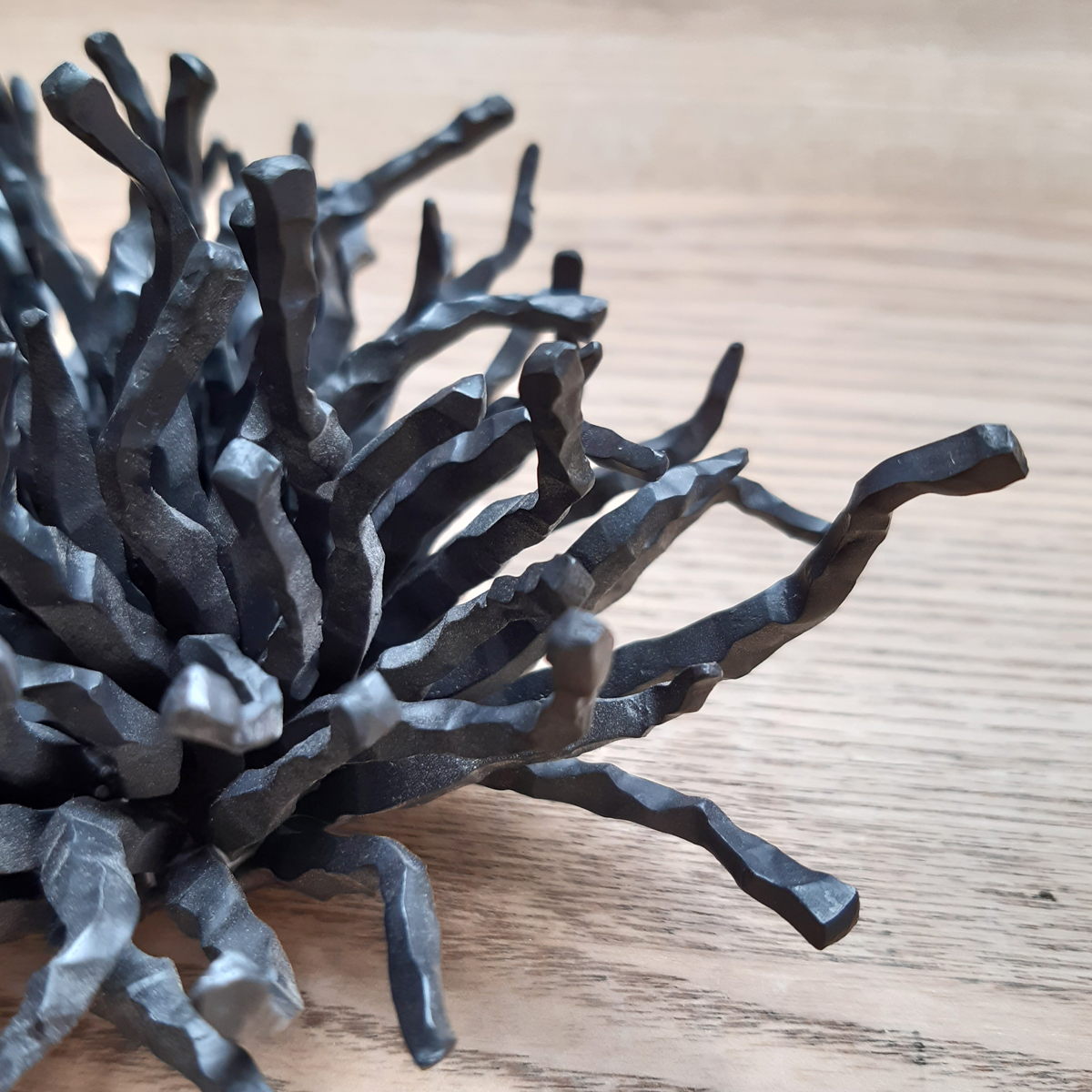 Junko Mori is a Japanese silversmith and a modernist metalwork sculptor. She was born in Yokohama, Japan in 1974. She graduated from Musashino Art University in Tokyo in 1997 with her first BA in three-dimensional design. She then worked as a welder in a factory for one year. From 1998 to 2000, she studied silversmithing and metalwork at Camberwell College of Arts in London, where she earned her second BA.

My work consists of multiples of individually forged steel or other metals, and the subtle difference of each piece results from hand hammering. No piece is individually planned but becomes fully formed within the making and thinking process – Junko Mori

The assembling of forged and cast metal is the key to Junko Mori’s work, whether mild steel or pure silver. Her observations of tree and plant matter are the driving force behind many of her sculptures which vary in scale from small objects in precious metal through to fairly massive welded steel works of art. Collected by admirers of antiques and contemporary art, the innate qualities of her creations are highly regarded. – Adrian Sassoon

She now lives and works in Wales with her family.