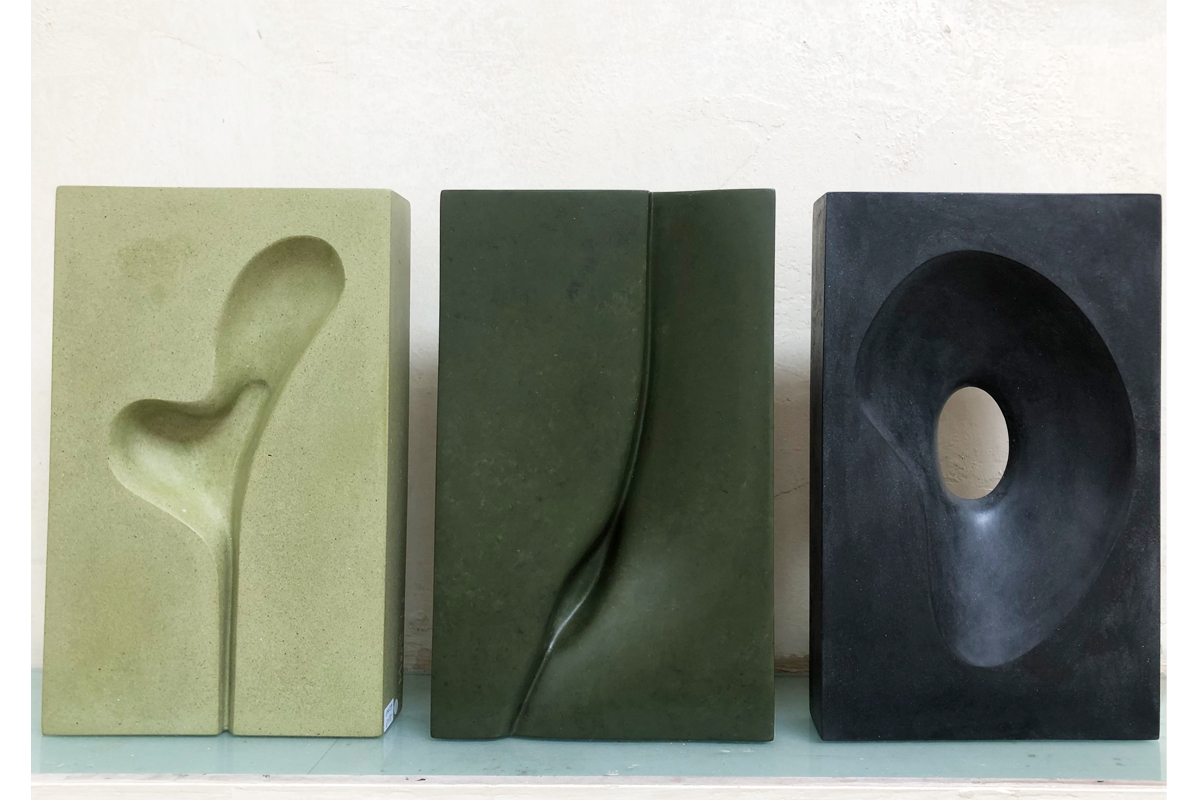 Mari-Ruth Oda is a Japanese artist living and working in North Wales. She was born in Papua New Guinea and lived in Bangkok, Tokyo, Belgrade and New York before moving to the UK.

"I am inspired by nature, in its various shapes and forms as well as my feelings of reverence towards it. Being of Japanese background, this may have its roots in the nature worshipping ideas of Shintoism.

In nature form seems to repeat itself in differing context and scale. I enjoy abstracting a form out of its context and boiling it down to its bare essence that first attracted me to the form. This includes my emotional response to it. The shape left is something ambiguous that could be interpreted in many ways. It is often a combination of natural forms that are neither one thing nor another, with added intentions and feelings that I want to convey."